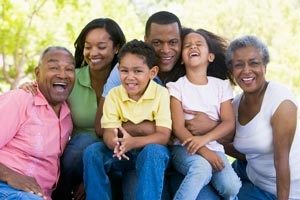 As a child custody lawyer Peoria, IL trusts, Smith & Weer, P.C. understand that the uppermost in most parent’s mind is doing what is best for his or her child.  In a unified family, parents generally work together to accomplish that goal.  However, when parents have decided to divorce, they may believe that only he or she can provide what is best for their children.  It is the job of a child custody lawyer Peoria, Illinois respects to assist the parents in determining who is better suited to serve as the children’s primary custodian.

Most states, including Illinois, have statutory factors for the court to consider when deciding which parent will be awarded primary physical custody of the children.  Such factors may include wishes of the parents as to custody, and the wishes of the child if he or she is mature enough and can state those in an articulate way.  Other factors include the amount of caretaking in the prior 24 months that both parents devoted to caring for the children.  Interaction and interrelationship with the children and the parent and others associated with the parent that the children have, the adjustment of the children to their home and surrounding environment are other factors.  The court will likely consider the physical and mental health of all parties involved, as well as the children’s needs and which parent is better able to meet those.  A child custody lawyer Peoria, IL counts on can address the statutory factors in a way that is most favorable to his or her client, during a trial.

In some cases, one of the parents will not contest who will receive primary custody of the child, but will relinquish that role to the other parent.  He or she may believe that they cannot devote the time and effort to provide the best possible care to the children.  When this parent concedes primary custody to the other he or she will in turn, be allocated visitation, or what is now becoming known as parenting time in some states.  Consult your Peoria, IL child custody lawyer about how you can obtain the most parenting time available with your children.

Standard parenting time for the primary custodian normally includes Monday through Friday, except for one evening out of the week, alternate weekends, alternate holidays, and in most cases, the majority of the summer.  Parenting time for the non-primary custodial parent will include one evening during the week, alternate weekends and holidays, and 2 – 3 weeks each summer.  In extreme situations where the non-custodial parent may pose a danger to the children, his or her visitation can be restricted or may even require supervision by a third party.

In other cases of divorcing parents, each may believe that he or she is best suited to provide the best care for the children.  Besides the statutory factors for the court to consider, there may also be practical considerations that come into play.  As a child custody lawyer Peoria, IL relies on, Smith & Weer, P.C. can discuss these with you.  For example, one of the parents may work nights on a regular basis, and is unable to be home when the children are in bed.  Another example may be where one of the parents travels extensively for his or her job, and cannot be at home with the children.  Things of this sort are obvious examples of why one parent, although qualified and willing, will not be a good candidate to be the children’s primary custodial parent.

Joint custody of the children is also possible if both parents agree.  Joint parenting allows the non-primary custodial parent to participate in major decisions affecting the children’s upbringing.  Our goal at Smith & Weer is to provide you with the best strategy to obtain joint custody, as a top child custody lawyer Peoria, IL has to offer, if that is what you are seeking.    Joint custody allows the non-custodial parent to be actively involved in the lives of their children.  Examples of joint decisions are what school the children attend, what church the children attend, extracurricular activities the children participate in, and elective medical procedures the children may undergo.  The most important factor in the court awarding joint custody is that the parents must agree to joint custody.  This is because if either parent opposes it, that normally means that the parents will not be able to  reach an agreement regarding these important decisions on a routine basis.  Courts can order joint parenting even when both parents don’t agree to it, but rarely do.  Ask a skilled child custody lawyer Peoria, IL can provide about your rights.

If you’re in need of a child custody lawyer Peoria, IL is proud to have fighting for it’s community, contact Smith & Weer, P.C., for a free consultation to discuss your parental rights during a divorce.